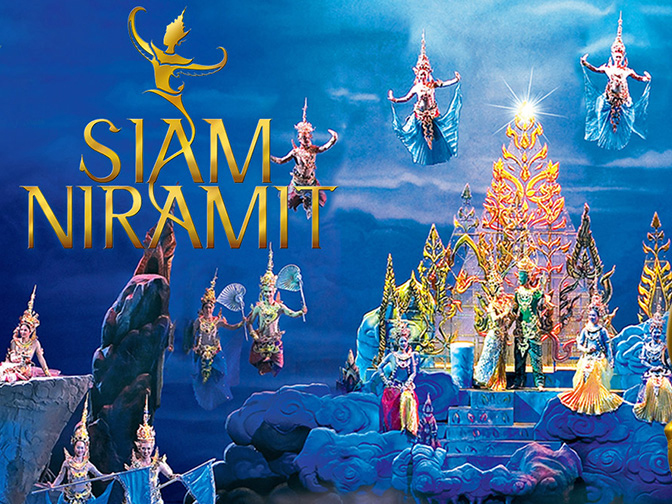 Enhanced special effects and the world’s most advanced technology are used to produce a very realistic, stimulating and inspiring experience.

At the entrance to the park of Siam Nyramit you will be met by characters from the show, with whom you can take pictures for free. In the park is a traditional Thai village, a floating market, two restaurants, a scene with musicians and the building where the show itself is held:

The second part of the show will introduce you to the afterlife that reflects Thai beliefs.

– You can get to the show Siam Niramit either on your own or by ordering a transfer. There are two types of tickets, which include only a show or show with dinner. All other entertainments are paid additionally on the territory of the complex.

–  You can take pictures and videos only in the park and village, but the show itself to shoot video and photo during the performance of actors is strictly prohibited.

– In the park is not allowed to carry its drinks and food, nor is it allowed to bring anything from the Restaurant.

– Places for the show in the hall can not be chosen in advance, upon arrival you will place the employee of the complex. You can only pay extra for the “golden” and “platinum” places in the center and closer to the stage